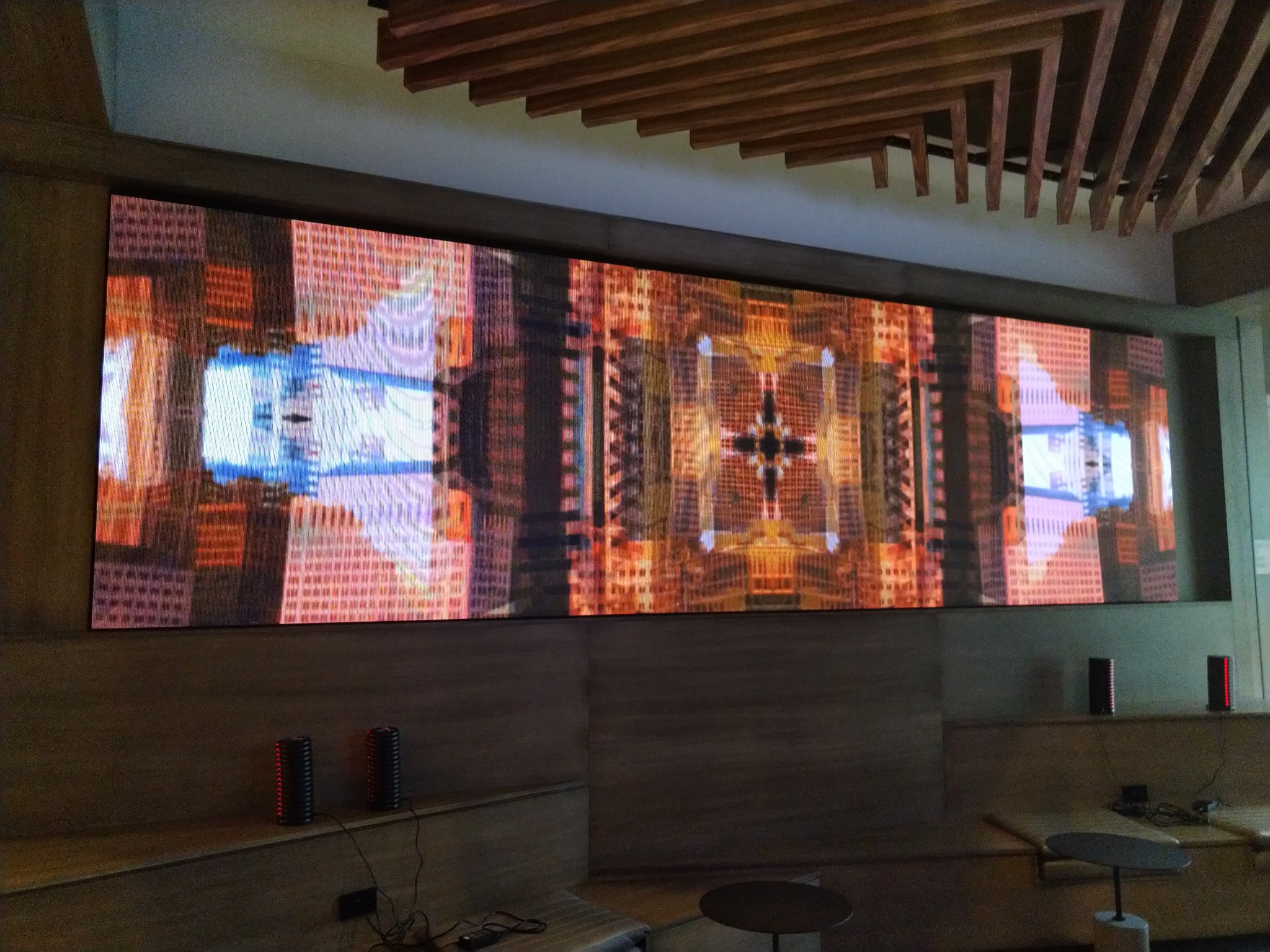 On July 30th, 2019, Canopy by Hilton Downtown Columbus opened their doors to the public.  The Canopy brand is devoted to creating an atmosphere that embodies the history and culture of the city the hotel is situated. With that in mind  the hotel designers reached out to me to commission a large scale video artwork embodying these ideas which I titled Emitting Velocity- Pathways of Columbus.

On the first floor of the hotel a 17 foot by 4 foot video display is installed as the backdrop for the waiting area which is positioned between the Canopy Central restaurant and the concierge and check-in area. This display was designed to display a meditation video artwork that also connects with the cities history, culture, and and aspects of  tourism.  For two years I worked with Hotel designers to create a piece that focuses on these needs which now is a permanent fixture in the Hilton Collection and the landscape of this space.

Emitting Velocity – Pathways of Columbus is an approximately 16 minute experimental video landscape created using my specific rotational pathways process. The piece combines over 300 layers of video from 9 different locations in Columbus moving from sunrise to sunset. The visual imagery of the work displays moments of recognizable spaces contrasted by abstract sacred geometries.

The title of the work, Emitting Velocity – Pathways of Columbus, was chosen to contain elements about both the process of creation, Emitting Velocity – a structuralist series of my works focusing on moving cameras through a space – and Pathways of Columbus – a choice to focus on locations that are identified with the vibrant and diverse development of our city from its humble beginnings on the shores of the Scioto River through the current downtown skyline. The 9 locations featured in the work include images of the railways and rail bridges on the Scioto River north west of Downtown, Goodale Park, the Short North Arches, the State House and Broad and High Street, the Union Station Arch and Arena District, and the Downtown skyline and Scioto Mile from the vantage point of the Town Street Bridge.

Emitting Velocity – Pathways of Columbus is permanently on display and is open for viewing by the general public during hotel operation hours. The Canopy by Hilton Downtown Columbus is located at 77 E Nationwide Blvd, Columbus, OH 43215.  You can read more and see images of the hotel in this story recently published by the Columbus Navigator.