Projection Graffiti, Photon Bombing, Gorilla Projection: it has several names but the goal is to show up unannounced and project work onto a public surface. The spirit comes from the same roots as graffiti artists but has a slightly different feel for a few reasons; the projection is not permanent, the projection does not “damage” any surface, and the projection uses light and a steady stream of electricity. All of these factors make the act of the graffiti a spectator event as it is happening, whereas typical graffiti art is more about the creation left behind. With this ephemeral immediacy in mind, projection graffiti is a perfect form for quick looping messages which tend to be commentaries.

On August 26th Nikki (Nicolette) Swift and I put together a photon bomb on a large cement wall at the corner of North Broadway and Olentangy River Rd. in Columbus, Ohio from around 10pm – 11:15pm. The purpose of the piece was to activate viewers (pedestrians and automobile passengers) to think about the divisions of ethnicity and nationalism that have come to the surface since the election of the 45th President of the United States. The looping video itself is comprised of easily accessible images of hands of multiple ethnicities, genders, and ages over a slowly waving American flag with the occasional interjection of 4 messages; Come Together, Right Now, Impeach Me, and the No 45 symbol which has become a viral image playing on how the 45 and the red “no” image subtly resembles a swastika. The loop is just under 1 minute in length so that spectators can quickly get the message of the piece and move on through traffic thinking about what they just experienced. The spectatorship of the piece is based on the surprising experience of seeing projection at the corner of an intersection which is typically void of light combined with each viewer’s current environment whether that be a car with music and friends or walking by heading to the bus stop. Each of these experiences are different and add to the engagement with the piece, subtly changing it to fit into each spectator’s own life in a more meaningful way.

Below are some photos from the work. 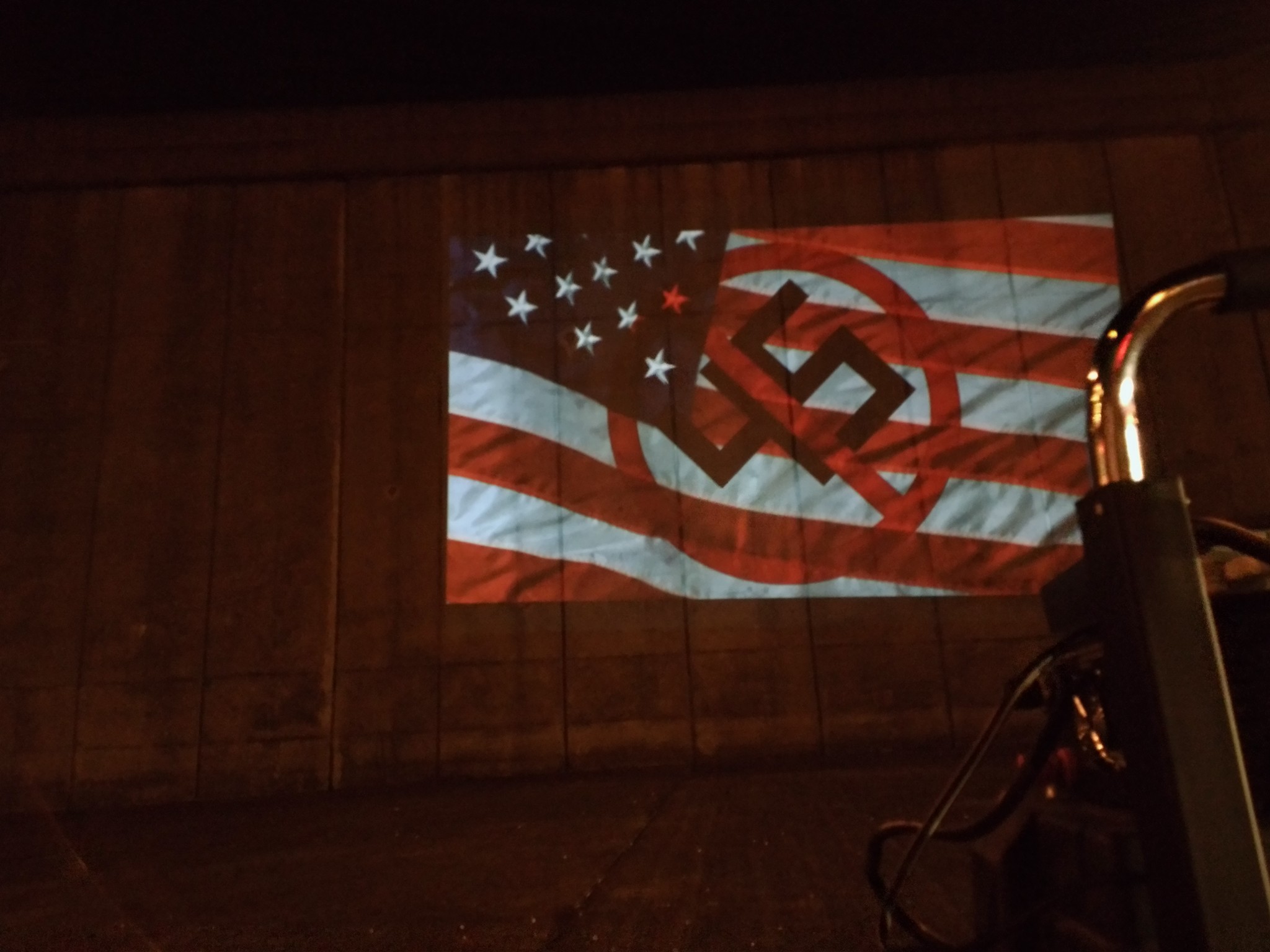